Ultimate_Overlord's Castle was a castle that was built to contain the Curse Command block, and to also imprison the Main crew once they're captured.

The castle was created during Season 3 by some of UO's NPCS. Inside of it he placed his curse command block and he also used it to create the 5 evil members of the New Crew. During Season 5 the Original Crew found the Castle and explored it, they found the chamber where the new crew was and ran out to escape. Old_Sword, Sheep_e and Miss_Mouse were captured and imprisoned inside the castle. They later tried to escape but got lost in the castle, finding a room with graves. Later the rest of the crew entered the castle via the nether and they all regrouped. They find the Silo with the Command block in it and shortly UO has a duel with MrPig and Overlord in it. After the command block is destroyed it is unknown what happened to the castle, though it would've been erased when the map was changed.

The castle has loads of horizontal and vertical corridors that link many different rooms together. Part of the castle is above ground but most of it is below ground. The castle contains a chamber for creating the new Crew, a grave room for everyone UO killed, a room full of failed NPC spawners, a jail with cells on either side and a silo to contain the Command block. 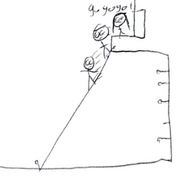 Part of the interior of the castle. 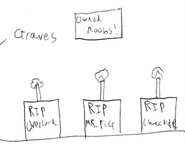 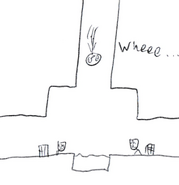 The vertical shaft leading to the room with the failed NPC spawners.

One of the many traps inside the castle.

The chamber where the new crew was made.
Add a photo to this gallery

Retrieved from "https://asg-the-minecrafters.fandom.com/wiki/Ultimate_Overlord%27s_Castle?oldid=1807"
Community content is available under CC-BY-SA unless otherwise noted.