The Diamond eye is an item that appeared in Season 6, it is able to lag out a server, blocking all commands from happening, and it can even be combined with a Conduit to have a non-stop effect.

The Diamond Eye is an item that consists of a diamond with an eye infused into it, when this device is activated, thousands of fake requests are sent to the server from an external source, which over-ride any admin command, and ultimately making any OP powers useless.


It is first found by Techno_Hood in a cave, who was sent to retrieve it by Lord_Hat, where she accidentally activates it and all of the Original crew notice its effects, but are clueless as to what caused it. She is able to activate near some of the crew, permanently blocking all their commands, before returning it to Lord_Hat along with MrPig. Lord_Hat tricks MrPig into joining him, and makes him combine the Eye with a Conduit, causing its effects to spread across the entire server, stopping all the Crews powers from working. This however revealed the location of the 3 Tridents of the Sea, allowing both sides to collect them. The eye remains activate for the rest of the Season until the finale.

During the finale, Lord_Hat accidentally reveals he is working for Ultimate_Overlord, causing MrPig to go into a rage, and proceeds to kill Lord_Hat with a single strike. He then gathers all 3 Tridents of the Sea, and charges them up before dashing right through the Eye, causing it to explode and return everything back to normal. This action finally made Overlord trust MrPig, and grant him Admin powers. 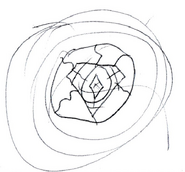 The Diamond Eye combined with a Conduit

The Diamond Eye's destruction
Add a photo to this gallery

Retrieved from "https://asg-the-minecrafters.fandom.com/wiki/Diamond_Eye?oldid=1137"
Community content is available under CC-BY-SA unless otherwise noted.