The Death Lord was a giant spherical ship shaped just like Ultimate_Overlord's face used to show his reign over the server. There were three versions of the ship from Mark I - Mark III. The third iteration of the ship was the only one that contained weapons and could be utilised offensively.

The first Death Lord was constructed in Season 2, where Ultimate_Overlord had loads of NPCs to build it for him. He kept it a secret from the main players but MrPig was able to find it and warn the others about it. The ship is soon launched despite the fact that it wasn't fully completed, but it crashes when Ultimate_Overlord accidentally hits it with a powerful lightning bolt. It is not fully destroyed and it crashes into the ground, where it is quickly repaired and re-launched. However UO accidentally destroys it when Herostar deflects his lightning into the ship, causing it to fall and then fully explode.

During Season 3 UO decides to re-build the Death lord, only this time with resistance to lightning. He creates some more NPCs to do the work for him, and he puts The_Destroyer in charge of them. Unknowing, Chuckle is able to sneak some TNT aboard the ship. UO later tells The_Destroyer to launch the ship, but the crew manage to teleport on and fight. The ship is ultimately destroyed when Old_Sword finds the lever rigged to the TNT and activates it, causing the entire ship to explode from the inside out.

At some point unbeknownst to everyone, Perseus, a member of Virtis lurking on the server, saved the block data of the Mark II Death Lord to an external program. He heavily modified the shop and added enhancements such as TNT cannons. When Virtis later initiate a server Link to merge Overlord's server with Owner's server, Perseus loads the MKIII Death Lord and demonstrates it to Ultimate Overlord. 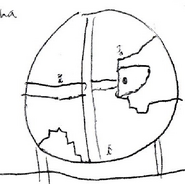 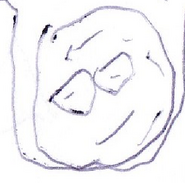 Death Lord MKI after it crashes but survives.

The MKIII crashes
Add a photo to this gallery

Retrieved from "https://asg-the-minecrafters.fandom.com/wiki/Death_Lord?oldid=2193"
Community content is available under CC-BY-SA unless otherwise noted.